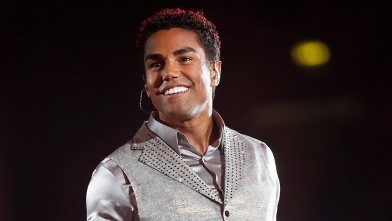 As of today, Micheal Jackson’s nephew TJ Jackson is officially the co-guardian of his kids who range in age from10 to 15. TJ will share responsibilities with Katherine Johnson.TJ is the son of Tito Jackson. He was appointed a temporary guardian last month when Katherine was with family members in Arizona and out of communication. According to TMZ:

“TJ has received enormous support from the Jackson family to take a guardianship role, including from Katherine herself … as well as MJ’s kids. TJ has been a father figure to the children for years.”

“The judge told TJ in court to be mindful of the giant rift currently tearing apart the Jackson family — and asked TJ to make sure the children aren’t negatively affected.”