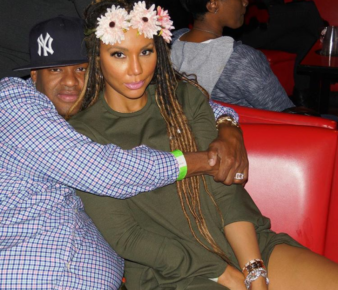 Last month singer Tamar Braxton revealed that her latest album Bluebird Of Happiness would be her last, because she wanted to focus more on her relationship and marriage to music executive Vincent Herbert.

“My husband and I work very close together and it’s really hard, you know?” Tamar continued. “Not only do we work together, he is my baby daddy and, you know, we’ve been together forever. He’s my best friend. It’s a lot of things to discuss and argue about.”

Apparently the songstress has had a change of heart, because she’s kicked her manager husband to the curb, and filed for divorce.

Tamar filed divorce docs Tuesday in L.A. County. She and Vincent have been married for nearly 9 years — they’re one month shy of their anniversary. Tamar and the record exec have one child together — their 4-year-old son, Logan Vincent.

It’s the end of a long relationship — Tamar and Vincent started dating in 2003. Her sister,Toni Braxton, had been working with him and introduced them.(TMZ)

Tamar has reportedly moved out of the family home.