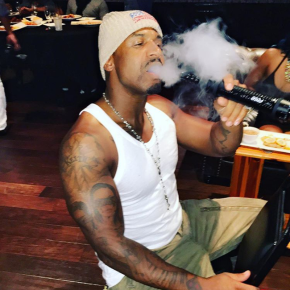 At the end of season 4 of VH1’s popular reality show Love and Hip Hop: Atlanta things were really going well for cast member Stevie J. He had rejoined Bad Boy Records in-house production team, The Hitmen, was moving to Los Angeles to star in his own movie and reality show spin-off, and his wife and baby mama were finally getting along.

Well that was then, this is now. Stevie is back on drugs again, and barely escaped doing jail time after failing a court ordered drug test.

Stevie was in court last week for his child support case so the judge could decide whether to revoke his bail for failing a recent drug test. Luck was on Stevie’s side — instead of locking him up, the judge ordered him to enroll in an outpatient drug treatment program.

Under the order, Stevie must report to a facility twice a week and comply with drug testing.

He has to go back to court next month, and show proof he’s been following rehab rules. If he screws up — jail time will be back in play.(TMZ)