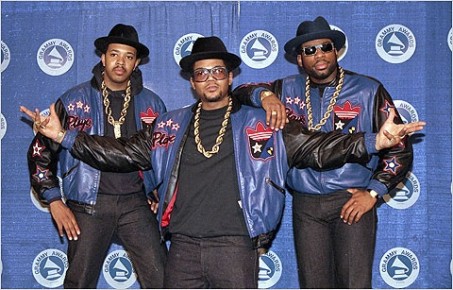 “Each year, The Academy has the distinct privilege of honoring those who have greatly contributed to our industry and cultural heritage, and this year we have a gifted and brilliant group of honorees,” said Neil Portnow, President/CEO of The Recording Academy.” Their exceptional accomplishments, contributions, and artistry will continue to influence and inspire generations to come.”

Run-D.M.C. will become the first hip-hop act to receive the Lifetime Achievement Award, which was introduced in 1962 to honor “performers who have made contributions of outstanding artistic significance to the field of recording.” The hip-hop trio was launched in 1982 in Queens, N.Y., by rappers Joseph Simmons and Darryl McDaniels, and DJ Jason “Jam Master Jay” Mizell, who died in 2002. (The San Diego Union-Tribune)

RUN-DMC, considered by many to be one of the most influential rap groups of all time, were the first group in the genre to have a gold album (RUN DMC, 1984). They were also the first hip-hop group to earn a platinum record (King Of Rock, 1985), and the first to earn multiplatinum certification (Raising Hell, 1986).

Other honorees include Ruth Brown, Celia Cruz, Earth Wind & Fire, Herbie Hancock, Jefferson Airplane, and Linda Ronstadt. A special ceremony and concert celebrating the honorees will be held in the spring of 2016.