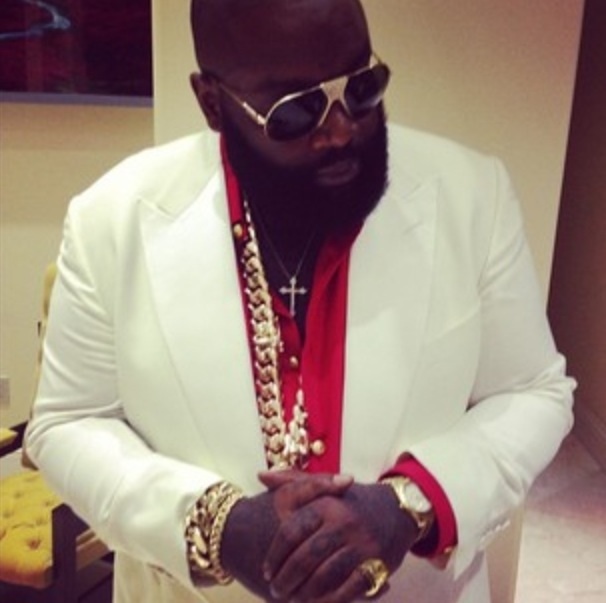 Rap star Rick Ross was out celebrating his birthday last night.The celebration turned sour this morning around 5 am when Ross, real name William Roberts was the target of a drive-by shooting as he was leaving the Floridian restaurant. Shots rang out causing the Rolls Royce that the rapper was riding in to crash into an apartment building.

Fort Lauderdale Police confirmed to The Huffington Post that William Roberts, Ross’s real name, was a passenger in a Rolls Royce that crashed into an apartment building off busy Los Olas Avenue around 5 a.m. after “dozens” of shots were reportedly fired at the vehicle. No one was injured.

NBC6 reports the shots came from another vehicle, but no arrests have been made. According to WSVN, witnesses said Ross had been celebrating his birthday at the nearby Floridian restaurant earlier in the evening.

The restaurant was also struck in the hail of gunfire, reports the Miami Herald. Witnesses there said they heard about 15 shots.