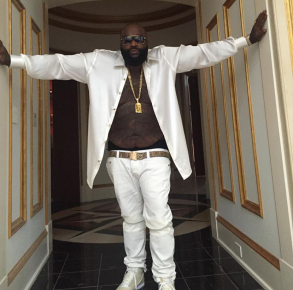 Music mogul Rick Ross is free to leave his luxurious Atlanta mansion anytime he sees fit, because he’s officially off house arrest. Ross was in court Friday (Oct.30) in relation to his felony pistol-whipping and kidnapping case, the rapper was allowed to end his home confinement by the judge overseeing the case.

Ross was ordered to stay put at home in the case where he allegedly pistol-whipped a man. A judge ruled Friday Rozay’s home confinement wasn’t necessary since the alleged victim didn’t live anywhere near him.

The judge said Ross has to stay clear of where the alleged victim lives, and he has to notify officials before leaving the state of Georgia.

Ross was given some traveling wiggle room in August … for business reasons. (TMZ)