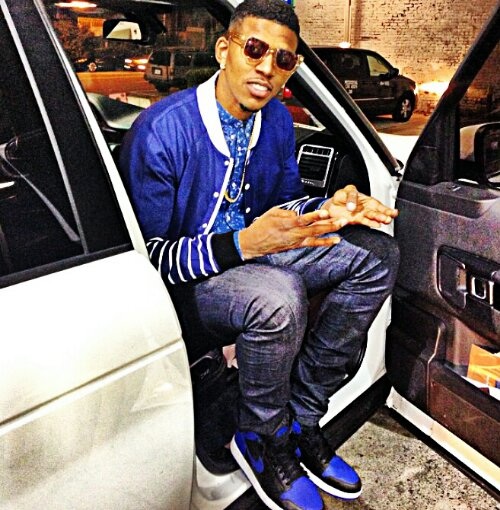 A woman filed a lawsuit Tuesday in Los Angeles Superior Court against Philadelphia 76ers guard Nick Young and a West Hollywood, Ca establishment called the Crown Bar. According to the lawsuit Young allegedly drugged the woman before having non-consensual sex with her.

TMZ reports:
“A woman is suing Philadelphia 76ers star Nick Young for sexual assault — claiming he roofied her back in 2011 … then raped her vaginally and anally.The woman filed the lawsuit anonymously under the name Jane Doe, claiming she ran into Young at Crown Bar in West Hollywood … and he bought her and her friend champagne.According to the suit, the woman’s recollection of the evening ceased shortly after she downed the drink … and she believes it’s because Young had slipped the date rape drug gamma-Hydroxybutyric acid (GHB) into it.The woman claims she woke up the next morning in Young’s bed, bleeding from her vagina and rectum.She says Young admitted to having sex with her the night before, but claimed he stopped because she passed out.According to the suit, the woman demanded to be taken home by Young — he obliged — and she beelined for the UCLA Santa Monica Rape Treatment Center, where she took a rape kit and was tested for STDs. She claims a test at the center confirmed she had been drugged, and determined the injuries to her vagina and rectum were consistent with rape.Following the hospital treatment, the woman says she’s continued to undergo psychiatric evaluations.She’s suing Young for sexual battery, sexual assault, false imprisonment, and more — demanding unspecified damages. She’s also suing Crown Bar for negligence.”

UPDATE: She’s filed a civil lawsuit, but now we’re learning shortly after the alleged incident, she went to LAPD cops who dismissed her claim because her story didn’t make sense.  What’s more … law enforcement says at the time she went to cops, she was already talking about a lawsuit, and that made them even more suspicious.We’re told the woman subsequently made financial demands on Nick — to either pay up or face a lawsuit.