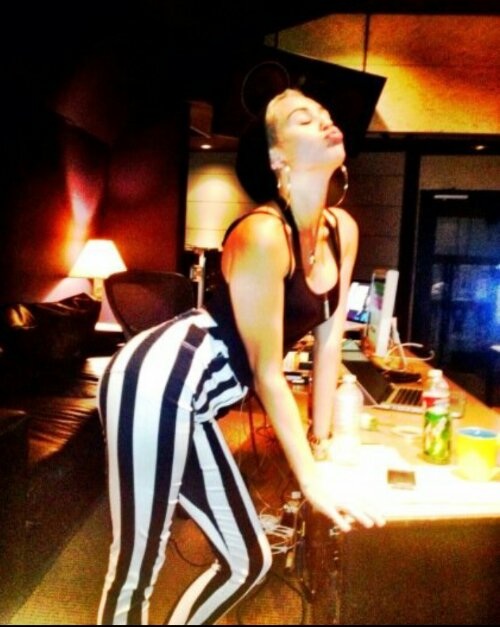 The artist formerly known as Hannah Montana is hard at work on her new album…but I’m not sure if her Disney fans are ready for her new sound. The 19 year old singer/actress is working on new material with hip hop producers Pharrell Williams and Juicy J, the star says she wants “more of a dirty-south vibe” with hip hop beats and ‘raw’ vocals.

Billy Ray’s baby girl has been hard at work building her hip hop street cred also, by sending out tweets mentioning such rappers as Meek Mill and 2 Chainz, making a cameo appearance in Tiffany Foxx and Lil Kim’s video for Twisted, and being seen in the company of “urban” entertainers like K.Michelle and Tyler the Creator.

Miley in the studio with Pharrell and Tyler

With Love and Hip Hop:Atlanta‘s K.Michelle

On the Twisted video set with Tiffany Foxx and Lil Kim (what’s up with the tongue?)