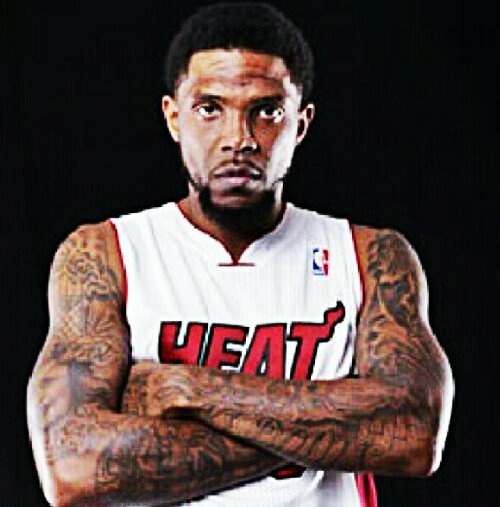 Udonis Haslem has become the second member of the Miami Heat to have his home burglarized in recent months.

According to Black Sports Online “On Saturday, April 13, deputies were dispatched to Haslem’s home after a burglary alarm was triggered from his security company around 9:47 p.m., according to the police report.According to the police report, in the master bedroom, the side table drawers were pulled out and ransacked, along with the drawers and shelves in both walk-in closets of the master bedroom.There were pry marks on a safe inside the closet, but entry was not gained.Deputies said a woman’s closet was also ransacked and had several purses and shoes missing from the shelves.While conducting the search, deputies said the intruder may have entered side door of the garage by prying the lock and jamb area.No one was hurt and it is possible according to police that a lookout informed the intruders to get out once the alarm was tripped. Doesn’t look like they were able to rob the home, like they intended to.”

On April 4, Haslem’s teammate Chris Bosh’s Miami Beach home was also burglarized. Thieves made off with $340,000 in jewelry and cash.