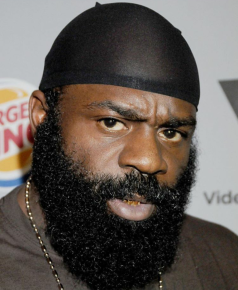 Mixed martial arts fighter Kevin “Kimbo Slice” Ferguson has died. He was 42. Ferguson became ill at his South Florida home and was taken Monday afternoon to the Northwest Medical Center in Fort Lauderdale, where he later died.

Sgt. Carla Kmiotek told CNN police in Coral Springs, Florida, did not receive any police or EMS calls to Slice’s residence before he was hospitalized.

There is no police investigation, she said.(CNN)

“One of the most popular MMA fighters ever, Kimbo was a charismatic, larger-than-life personality that transcended the sport. Outside of the cage he was a friendly, gentle giant and a devoted family man. His loss leaves us all with extremely heavy hearts, and our thoughts and prayers are with the entire Ferguson family and all of Kimbo’s friends, fans, and teammates.”

Kimbo is survived by his six children, three boys and three girls.