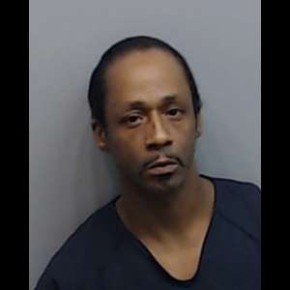 Nowadays it seems that Katt Williams spends more time in jail than he does onstage telling jokes. The comedian was jailed in Fulton County, Georgia on Thursday on a charge of criminal damage to property in the second degree.

The latest case stems from a Feb. 28 incident in which a man accused Williams of throwing his cellphone, Williams’ attorney, Drew Findling, told The Associated Press.

The man sought money from Williams, and when that didn’t happen, the man pursued a warrant, Findling said.

“It’s a ridiculous case,” Findling said. “It’s another example where Katt has a target on his forehead for somebody trying to do a financial shakedown.”

East Point police discovered the latest warrant when Williams went to turn himself in on a different matter, the AP reported. The East Point warrant is the result of an April 27 incident in which Williams allegedly threw a salt shaker at a restaurant manager, bloodying the employee’s lip.

After Williams was booked Thursday, East Point police called the Fulton County Marshal’s Service, which sent an officer to pick up Williams on the warrant from the alleged cellphone incident, the AP reported. (AJC)

Williams was released on a $10,000 signature bond.