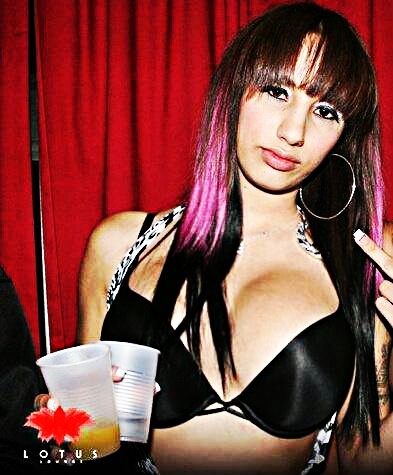 The 23 year old young lady (and I use this term loosely) who goes by the name Kat Stacks is finally free.

“Oh my God. I am so happy!” yelled Andrea Herrera in a phone call with her mother.Last year immigration Judge Jerry Beatmann Sr. told Herrera that she would have to leave the U.S. But on Wednesday he signed the order for the 23-year-old’s release from a Louisiana immigration facility following her appeal.“Finally freedom!” Herrera exclaimed.Herrera, using the name Kat Stacks, has bragged about wild sex with hip hop stars and living the high life. When Immigration and Customs Enforcement detained Herrera, the immigration court judge ruled she wasn’t going to add anything to American society, and ordered her deported. Her family and lawyer said she was a victim of sex trafficking and created the Stacks persona to survive.The appeals board voted 2-1 to grant her appeal.‘I’m excited. Oh my God, happy,” said her mother, Johnyelsi Cardenas. “I can’t wait to hug her.” Herrera has been arrested on charges that include carrying a concealed firearm in Broward County and disorderly conduct, according to court records.The appeals board said in its decision that it considered Herrera’s criminal history, and declared that her “Kat Stacks persona is disturbing and in no way a positive contribution to society.”But it concluded that “other compelling factors, particularly her long history of abuse, outweigh the negative factors.”“And they have determined that as a matter of discretion, Andrea deserves a second chance,” said Herrera’s attorney, Mayra Jolie.Herrera, who is a native of Venezuela, came to the U.S. when she was eight. She grew up in Aventura, and has a young son.”She deserves it,” her mother, Cardenas, said of her second chance. “She has her son here. She (has) been here most of her life.”