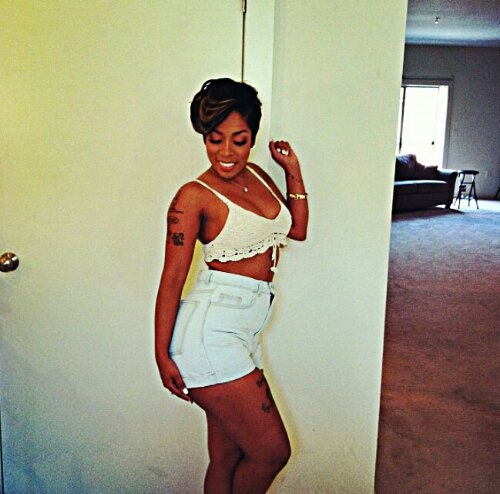 During a recent show in Washington, DC at the Howard Theater K. Michelle announced that she would be leaving Love and Hip Hop Atlanta after the second season.

K.Michelle will have no problem transitioning from reality tv star to full fledged r&b superstar…after all she is one of the few cast members on Love and Hip Hop Atlanta with any real musical talent.

With the release of her upcoming album Rebellious Soul the singer/songwriter is sure to fill that “angry/hurt female” void left open in r&b when Mary J. Blige and Keyshia Cole got married and started making “happy” music. K. Michelle is the new voice of the heartbroken female.

Rebellious Soul is scheduled for an August release.