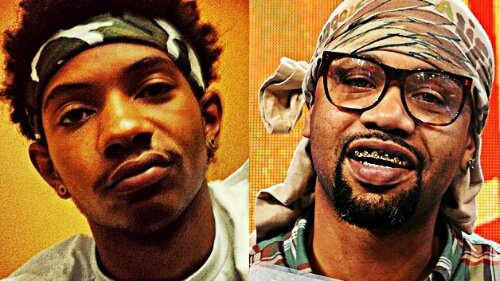 Juvenile’s son, Young Juve pulled a Lil Reece this week. The 19 year old rapper was arrested Wednesday(Oct. 31) for his part in a fight outside of an Orlando nightclub. Juve can be seen in the video footage attacking a woman who had been knocked on the ground. BET reports:

“Threw a party, had a fight, got arrested and got a ticket,” Young Juve wrote on Twitter of the incident.”

“According to the young rapper’s own account, the woman and another man not seen in the video had been involved in an attack against his mother and sister, who were also in attendance at the party.”

“N—a hit my moms and my sister and got his a–beat end of story,” Juve wrote. “Family first f–k all lat [sic] other s–t.”

“Though the video evidence of Juve Jr. attacking the woman is damning, he insists that a full video of what transpired will vindicate him.”