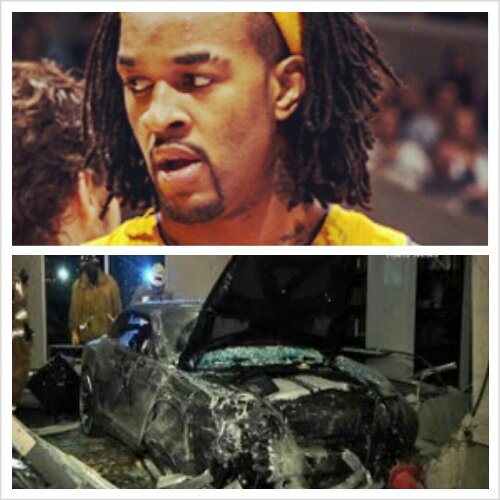 Jordan Hill of the Los Angeles Lakers is probably somewhere pissed off to the highest of pisstivity. I know I would be if someone wrecked my $250,000 car.

“Earlier Saturday morning (Mar. 30), Hill’s Bentley smashed into an apartment complex in Marina Del Rey, damaging the patio area within the vicinity. The California Highway Patrol responded to the crash at 2:15 a.m. at the Esprit condominium complex at 13900 Marquesas Way.”Hill was not inside the car at the time of the crash,” said Ed Jacobs, a CHP spokesman. “A man identified as Michael Lacey, 26, was booked into custody on suspicion of driving under the influence.” (Vibe)