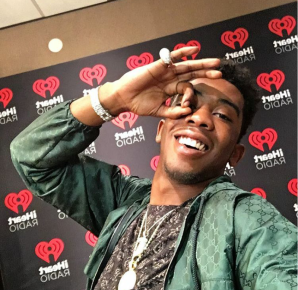 Teenage rap star Desiigner has caught a major break following his arrest in NYC Thursday night. The District Attorney dropped the felony gun charge, as well as the intent to sell charge.

Law enforcement tells TMZ, they cased the SUV in which the “Panda” rapper was a passenger, but found no gun.  The arrest for felony possession of a loaded gun was based on what the driver of another car told cops, but the D.A. clearly felt that wasn’t enough.

The D.A. has also dropped the charge of felony possession of a controlled substance with the intent to sell.

TMZ broke the story, the passengers in the SUV and the driver of the other car were involved in a road rage incident, and when cops tracked down the SUV they said they found numerous pills on the console.  We’re told the drugs were Oxycontin, methadone and steroids. (TMZ)

Desiigner is being arraigned Saturday morning. The rapper still faces charges of felony possession of a controlled substance and menacing.