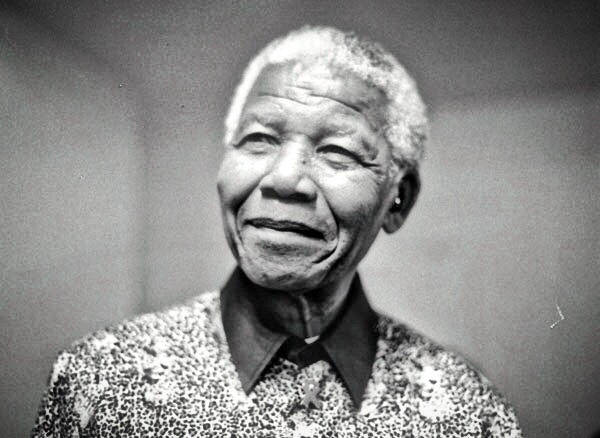 The world has suffered a great lost today, Nelson Mandela, the former president of South Africa died peacefully at his Johannesburg home after battling a lung infection.

South African President Jacob Zuma made the announcement at a news conference.

Freedom fighter, statesman, moral compass and South Africa’s symbol of the struggle against racial oppression.
That was Nelson Mandela, who emerged from prison after 27 years to lead his country out of decades of apartheid.
He died Thursday night at age 95.
His message of forgiveness, not vengeance, inspired the world after he negotiated a peaceful end to segregation and urged forgiveness for the white government that imprisoned him.
“As I walked out the door toward the gate that would lead to my freedom, I knew if I didn’t leave my bitterness and hatred behind, I’d still be in prison,” Mandela said after he was freed in in 1990.
Mandela, a former president, battled health issues in recent years, including a recurring lung infection that led to numerous hospitalizations.
Despite rare public appearances, he held a special place in the consciousness of the nation and the world.
“Our nation has lost its greatest son. Our people have lost a father,” South African President Jacob Zuma said. “What made Nelson Mandela great was precisely what made him human. We saw in him what we seek in ourselves.”
His U.S. counterpart, Barack Obama, echoed the same sentiment.
We’ve lost one of the most influential, courageous and profoundly good human beings that any of us will share time with on this earth,” Obama said. “He no longer belongs to us. He belongs with the ages.”