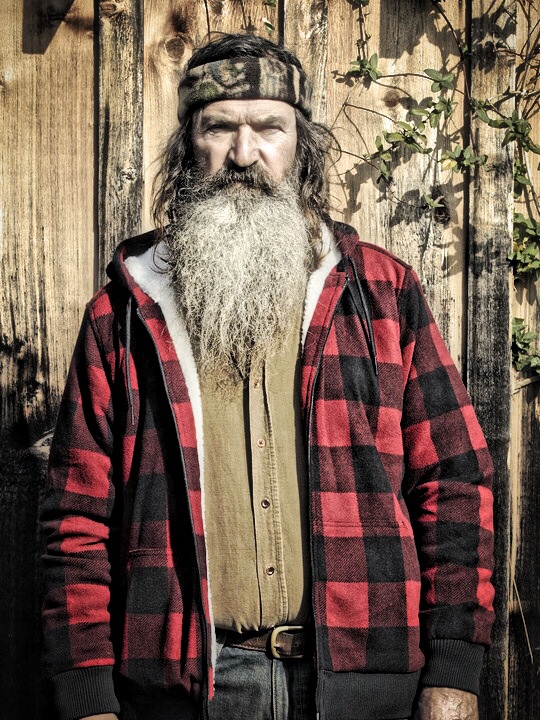 “Duck Dynasty” star Phil Robertson has been suspended from his reality tv show indefinitely following anti-gay remarks he made in the latest edition of GQ magazine. In an interview in the January issue of GQ, the 67-year-old reality television star equated same-sex relationships with bestiality.

“We are extremely disappointed to have read Phil Robertson’s comments in GQ, which are based on his own personal beliefs and are not reflected in the series Duck Dynasty,” the network said in a statement Wednesday.
“His personal views in no way reflect those of A+E Networks, who have always been strong supporters and champions of the LGBT community. The network has placed Phil under hiatus from filming indefinitely.”

In an interview in the January issue of GQ, Robertson says homosexuality is a sin and puts it in the same category as bestiality and promiscuity.

“It seems like, to me, a vagina — as a man — would be more desirable than a man’s anus. That’s just me. I’m just thinking: There’s more there! She’s got more to offer. I mean, come on, dudes! You know what I’m saying? But hey, sin: It’s not logical, my man. It’s just not logical,” he’s quoted as saying.
Asked what, in his mind, is sinful, Robertson replied: “Start with homosexual behavior and just morph out from there. Bestiality, sleeping around with this woman and that woman and that woman and those men.”
He also made comments regarding race and growing up in Louisiana before the civil rights era.
“I never, with my eyes, saw the mistreatment of any black person. Not once. Where we lived was all farmers. The blacks worked for the farmers. I hoed cotton with them. I’m with the blacks, because we’re white trash. We’re going across the field. … They’re singing and happy. I never heard one of them, one black person, say, ‘I tell you what: These doggone white people’ — not a word!