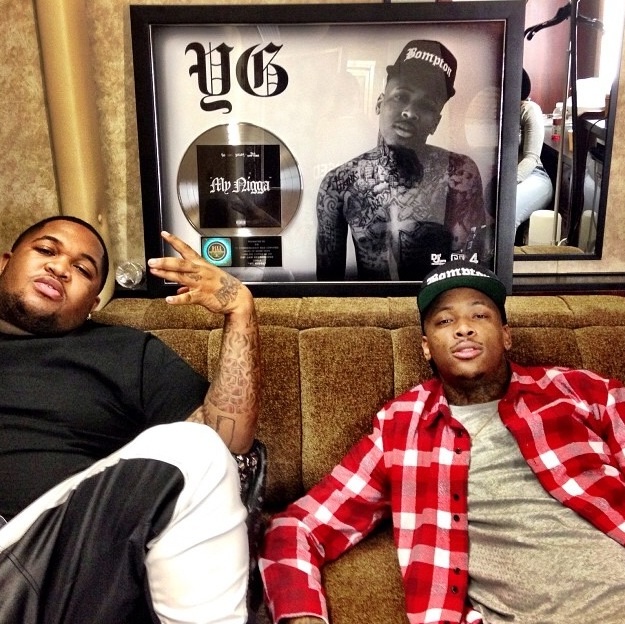 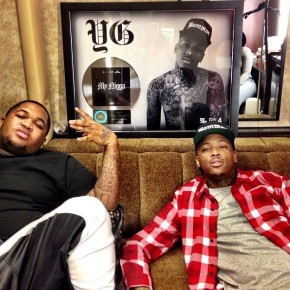 (Gossip-Grind News) Did DJ Mustard And YG Get Robbed In The Bay?:

There’s a rumor going around that DJ Mustard and YG were robbed by Bay Area rapper Mistah F.A.B. while performing in Oakland recently. The Los Angeles based rappers took to social media to release a video to nullify all the gossip that’s being spread about them.

Reports are beginning to surface that DJ Mustard was involved in a physical altercation at his show in Oakland last night. Sources claim that Bay Area rapper Mistah F.A.B. was involved and possibly slapped and took Mustard’s chain while he was performing at last night’s “Young California” event.

Mustard just posted a video on Instagram denying any incident, with the caption reading, “Who got robbed last night @yg who got slapped @yg ??? Kill the noise !!!! We walked in the same way we walked out !!!! #MKL #10summers !!! Much love to all the real niggas in the bay !!!.”

YG then posted the same video on his own IG denying the reports that either of them got robbed or slapped. It is worth noting that Mustard is not seen wearing his signature mustard chain in the video.

In a statement made to TMZ, F.A.B. claims that though tensions were high between the two crews at the event, a physical altercation never took place.