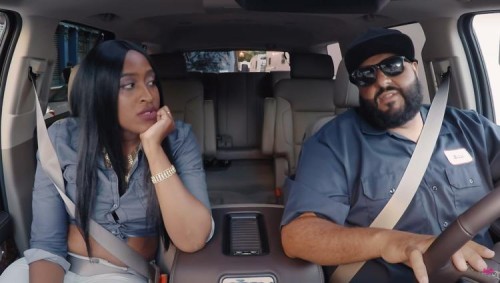 Lyft is back at it again with their latest installment in the Undercover Lyft video series in which DJ Khaled goes undercover as a driver in New York City to surprise unsuspecting passengers.

In the video DJ Khaled goes undercover as Billi a locksmith that “gots the keys”. While many of the passengers recognize the iconic producer when they first hop in the car, DJ Khaled is still able to surprise a few riders while dropping clues and his classic catch phrases including referencing a song with Jay-Z and Future with some guy “screaming” on it, having a passenger rub his beard calling himself a “sex symbol” and mentioning “I hate red lights, they want to slow us down, they want to stop us.”

While some riders professed their love for DJ Khaled, one rider shocks the undercover driver when he asks her if she likes DJ Khaled. The rider quips “he’s a bit much for me. he’s real dramatic.”