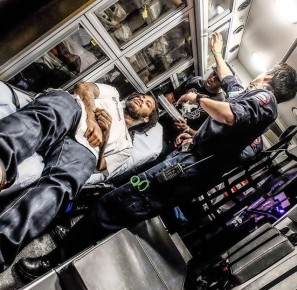 (Gossip-Grind) Did Waka Flocka Flame Overdose On Weed?
How high is too high? Just ask Love & Hip Hop Atlanta star Waka Flocka Flame. Waka was treated by paramedics after smoking an excessive amount of marijuana over the weekend. 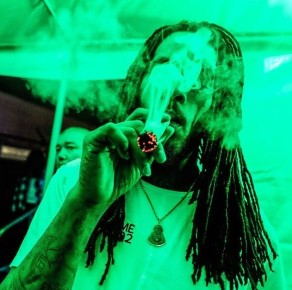 The rapper was in Seattle Sunday and his evening was interrupted by some EMTs who gave him a lift in their ambulance. Waka blames it on “#nonGMO edibles and 20 or more blunts.”
The rep says Waka didn’t end up in the hospital, which is weird because that’s usually the dropping off point for an ambo.
FYI … recreational weed is legal in the state of Washington, though we doubt that would have stopped Waka. (TMZ)

It is almost impossible to overdose on marijuana, but if taken in large quantities it can cause panic attacks and hallucinations, according to the National Institute of Drug Abuse.