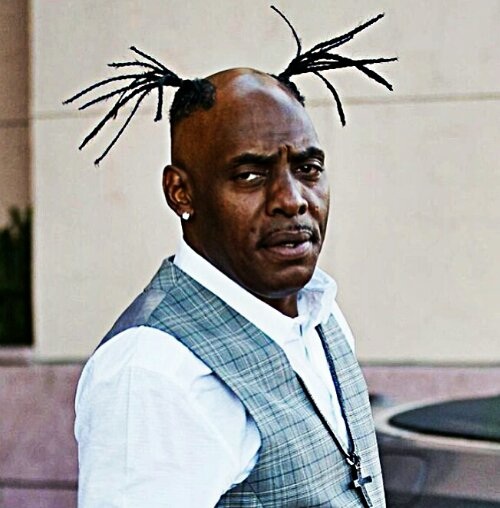 Coolio needs to sit his ass down somewhere (and get a haircut). He’s too old to be doing the things that he do. The 90’s rap star was recently arrested for domestic violence (he hit a white woman, he knew his black ass was going to jail).

TMZ has learned the rap legend — aka Artis Ivey Jr. — was popped on April Fools’ Day after he allegedly pushed Anabella Chatman to the ground and punched her in the face.  And to add insult to injury … according to the police report, Coolio then hightailed it out of there with their toddler son and the other woman.Actually … he didn’t get out clean.  Anabella says Coolio struck her with his car as he beat his hasty retreat — in fact, cops say she had tire marks on her leg.  Pretty compelling evidence.Coolio tried convincing cops HE was the victim and that she scratched him in a jealous rage, but they weren’t buyin’ what he was sellin’ … so he was taken to the pokey.