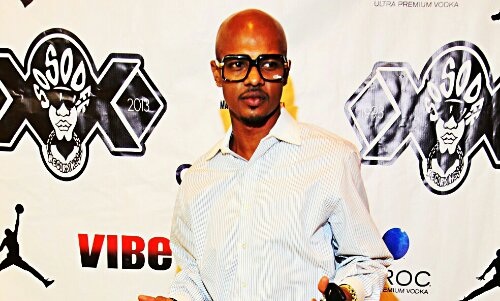 Chris Kelly, half of the 90’s rap group Kriss Kross passed away yesterday. Authorities are investigating his death as a possible drug overdose.

TMZ reports:
“Kris Kross” rapper Chris Kelly had been using a combination of cocaine and heroin the night before his death, this according to the police report obtained by TMZ.According to the report, paramedics initially responded to Kelly’s Atlanta home around 3 PM EST — after his mother called 911 asking for medical assistance.When help arrived, paramedics found 34-year-old Kelly lying on the living room couch — unresponsive and with “no life signs.” The medics attempted to revive Kelly, to no avail.Kelly was immediately transported to a nearby hospital, where he was pronounced dead a few hours later.After the death, cops spoke with Donna Kelly Pratt — Chris’ mother — who told police … the night before Kelly’s medical emergency, he had taken a mixture of heroin and cocaine — commonly known as “speedballs.”Donna told police she had personally taken Kelly home to recover from the drug use … just as she had done several times before.  Donna told cops Kelly had felt nauseous all morning before passing out.According to the report, Kelly’s mother and Kelly’s uncle both told investigators the rapper had an “extensive history of drug use.”