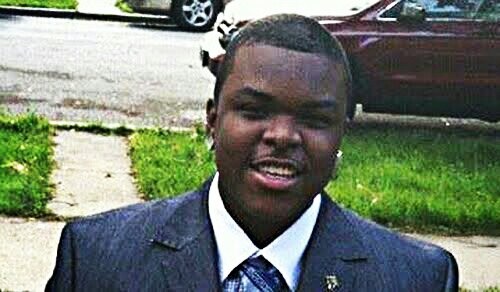 Chief Keef’s stepbrother Ulysses “YPN Boomtown” Gissendanner III, 19 years old, has become the latest in a growing number of aspiring rappers from Chicago to be murdered in recent months. Gissendanner was shot in the back of his head while he sat in a car. He later died at Roseland Hospital. DNAinfo:

“Rapper Chief Keef’s stepbrother, an aspiring rapper from the suburbs, took a fatal bullet to the back of the head on the Far South Side, becoming yet another casualty of Chicago’s shooting epidemic.Ulysses “Chris” Gissendanner III, a 19-year old graduate of Oak Park-River Forest High, became at least the fourth aspiring teen rapper to get shot and killed in Chicago since September.Gissendanner modeled his hip-hop alter ego, ”YPN Boomtown,” after Chief Keef, the Englewood teen rap sensation he was related to by marriage.Gissendanner’s stepfather, Alfonso Cozart, says he is the father of Chief Keef, whose real name is Keith Cozart. The family connection isn’t believed to have anything to do with Gissendanner’s slaying, though, authorities said.But the elder Cozart told DNAinfo.com Chicago that his stepson’s slaying does make him worry about Chief Keef, the famous 17-year-old son he no longer talks to.“As a caring father, who wouldn’t worry about that?” Cozart asked. “I do want my son to have success and have a long, positive life, and I hope the best for him.”But Alfonso Cozart said he doesn’t want any Chief Keef connection to distract from the tragedy of Gissendanner’s slaying.”

“On Wednesday, Gissendanner was gunned down in a car near 124th Street and South Union Avenue after visiting his uncle in West Pullman. He later died at Roseland Hospital, authorities said.Tate, who returned to Chicago after getting the tragic news in Arkansas, identified her son’s body at the morgue and visited the spot where he was killed.“Somebody shot my son in the back of his head, and now he’s dead,” she said. “I wanted to see where my son passed.”Long before Chief Keef spit lyrics about the stuff he doesn’t like — “snitches,” “bitches” and fake shoes, among other things — he was close with Gissendanner, said Tate, who divorced Gissandanner’s father in 2012. “They were brothers,” she said. “They used to play together, coming over to our house, getting haircuts together. A lot of brotherly stuff.”But as they got older, the boys drifted apart. Gissendanner visited Chief Keef while the teen was under house arrest on the South Side last year, but the pair didn’t hang in the same circles or have the same friends, Tate told DNAinfo.com Chicago.Chief Keef and his immediate family, however, do not recognize Gissendanner — or Alfonso Cozart for that matter — as family, the rapper’s lawyer and maternal grandmother said.Chief Keef “wasn’t friendly” with Gissendanner and had “nothing to do with the kid,” attorney Dennis Berkson said. “And [Chief Keef] has no relationship with his father.”Funeral services for Gissendanner were still being formalized.”