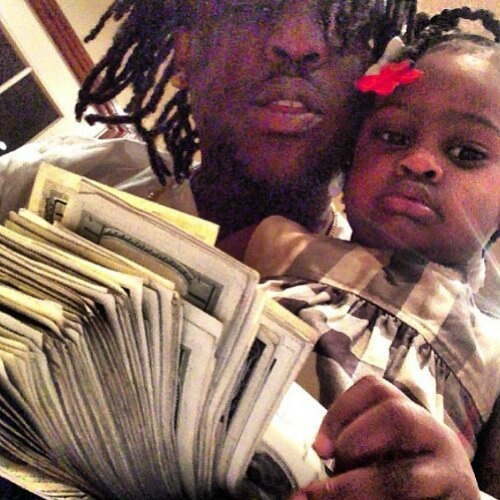 Chief Keef has received a lot of negative press since he entered the hip hop industry. Many bad things have been said about the 17 year-old Chicago rap star…but dead beat dad isn’t one of them.

The teenage rap star may not have love for all of his peers in the Chicago hip hop scene…but he does have love for his baby girl.

TMZ broke the story, Keef — real name Keith Cozart — was sued for child support​ by his middle-school-aged baby mama earlier this year. She claimed Keef fathered her kid — born in 2011 — when he was only 15.According to court docs, the teenage rapper pulls in about $13,000 A MONTH!!! Pretty baller considering his age.As a result, a judge ordered Keef to pony up $2,600 a month in child support — based on his lucrative career — plus $500 in day care expenses and $10,400 in previously unpaid support. A hearing is set for next month to finalize the amount.

Keef is a child paying child support, but unlike many men twice his age, he’s actually taking responsibility for his child.

Keef is young, and during his transition from boy to man he’s going to make mistakes (we all have). Hopefully Keef will learn from his mistakes, and try not to make the same mistakes twice, and grow into a responsible and productive young man.