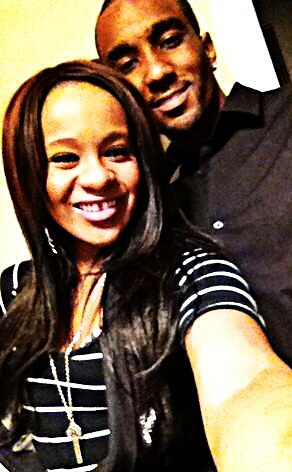 Yesterday Bobbi Kristina was involved in yet another car accident. The crash happened in Alpharetta, Ga, not far from Bobbi’s home. TMZ reports:

“The accident just went down in Alpharetta, Georgia — law enforcement tells us a passer-by noticed Bobbi’s car all smashed up in an embankment and called 911.”

“When emergency personnel arrived at the scene, Bobbi Kristina was standing next to her vehicle and appeared to be uninjured.”

“Cops conducted an official accident investigation — and believe Bobbi Kristina simply lost control of her car while making a left turn out of her apartment complex … and drove over a curb and down an embankment, striking several small trees along the way.”

“Eventually, the car came to a stop on a local park trail.”

“After the investigation, cops issued BK a traffic citation for “failure to maintain lane.” Cops say … it doesn’t appear drugs or alcohol were a factor in the crash.”

“Law enforcement sources tell TMZ … Nick was taken into custody in Alpharetta, Georgia last night … after cops say he was going 82 in a 35 on Northpoint Parkway .. a retail area with high pedestrian foot traffic.”

One law enforcement source tells us, “We are fortunate because that’s such a busy corridor with high end retail shopping retaurants and pedestrains at crosswalks.”

The source adds, “At that speed, it’s absolutely reckless.”

Nick also posted a message on Twitter to once again deny that he and Bobbi are a couple.