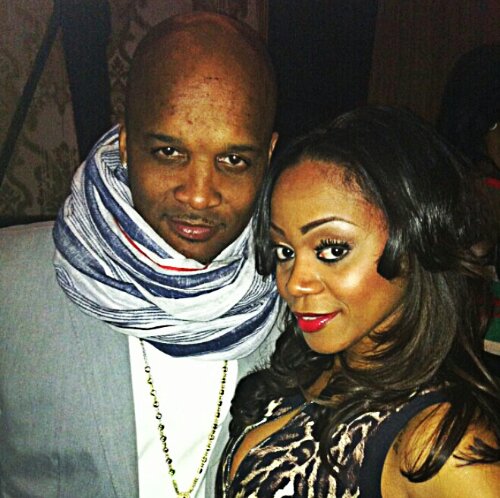 It’s been confirmed that former Destiny’s Child member LaTavia Roberson is expecting a child…ironically due on Beyonce’s birthday September 4.

Rumor has it that the baby’s father is well known Atlanta music producer Don Vito (the light skinned dude that was fighting on Kandi Burruss’ tv show The Kandi Factory).

It was also revealed that LaTavia recently signed a production contract with hit reality television producer Carlos King since she’s ready to open up about her past, pregnancy and plans for her future.

Executive Producer Carlos, who also did “RHOA”, “Oprah’s Season 25 Behind The Scenes,” “Real Housewives of New Jersey,” says, “I’m excited to work with LaTavia to effectively tell her story on television. This is her first time speaking out about her past. This woman has endured more than the public even realizes, and once they hear half of it, they will be in awe. She is a true survivor!”

And let’s not forget about that tell-all memoir that’s been rumored to be in the works for a while now.  THAT is due out later this year.  The press release states:

Production plans include developing a reality show documenting Latavia’s pregnancy, the ups and downs of her relationship with her child’s father and her past battle with molestation, alcoholism and jail time. Her struggles to distance herself from the negativity surrounding her untimely departure from Destiny’s Child, still follow her, but LaTavia is determined to clear the air once and for all. Future plans also include returning to the studio to showcase her voice for the first time as a solo artist and the final release of her highly anticipated “tell all” memoir due later this year!” (YBF)