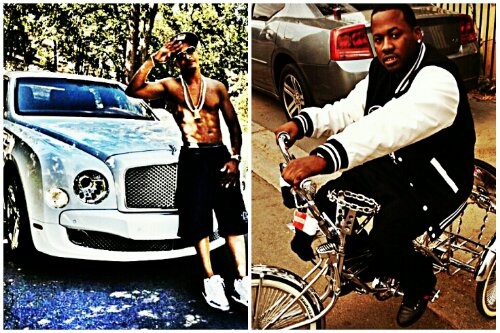 After releasing several diss songs and videos directed at the King of the South and not getting the response or publicity that he was seeking, Duct Tape Entertainment’s Alleyboy may have finally crossed the line and may have to suffer the wrath of T.I.P.

In a move that was surely orchestrated to get a rise out of the Grand Hustle head honcho, Alleyboy posted a photoshopped picture of T.I. laying in bed with Miss Piggy (insinuating that Tiny looks like a pig).

T.I. who is known to be very protective of his family may not be able to turn the other cheek and take the high road after this ultimate showing of disrespect.

T.I. who has repeatedly said that the song Addresses off of his latest album Troubleman: Heavy Is The Head would be his only response to the jabs that have been thrown his way may soon have a change of heart.

If the newly signed No Limit soldier Alleyboy wants to battle the King this move may have just sparked a war that Master P won’t be able to save him from.