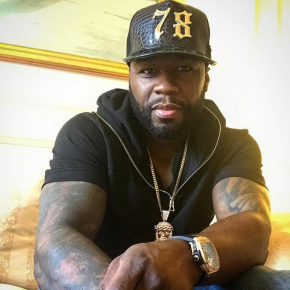 Entertainment mogul Curtis “50 Cent” Jackson was assested Saturday in the Caribbean island of St.Kitts. The rapper wasn’t arrested for drugs, guns, or assault…or anything else that hip hop artist are usually detained for. The G-Unit boss was arrested for using profanity in public (I’m NEVER going to St.Kitts, they would throw my ass up under the jail, for the amount of cussing I do).

Sources tell TMZ, 50 had been warned not to use profanity during his performance in front of 40,000 people.  We’re told the DJ didn’t have a clean version of his set, and 50 didn’t pull the mic away from his mouth when he roared, “motherf*****” … and that was enough to get him arrested.

Cops showed up after the performance and took 50 to the station, where he was booked for using profanity in public.  It’s a minor offense, but he has to stick around until Monday when he’ll go to court and pay a fine.(TMZ)

50 has reportedly paid his fine and returned to the United States.