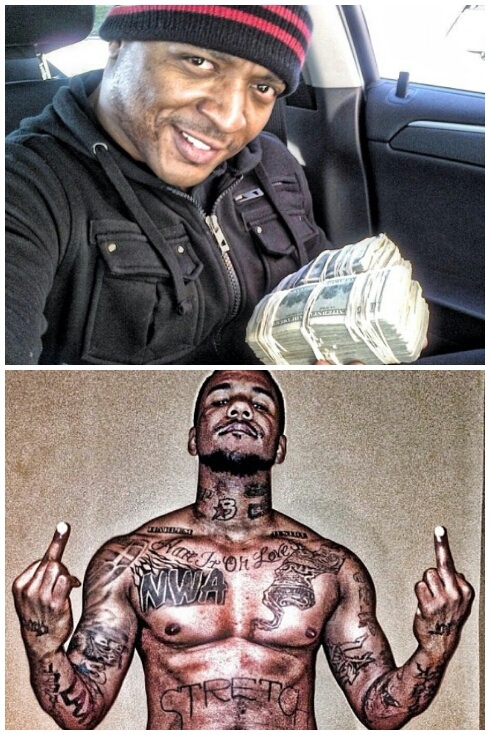 Remember back in July when The Game whooped 40 Glocc’s ass on camera (if you didn’t see it…the video of the fight is posted below), it seems those few minutes of aggression that were taken out on 40 Glocc might end up costing The Game $4.5 million (that’s an expensive ass whooping).

40 Glocc filed a lawsuit in Los Angeles against The Game for the assault. TMZ reports:

“Glocc sued Game over a street fight between the two rappers, which went down in July outside a Hollywood Hills mansion. Game subsequently posted footage of the brawl on YouTube, showing him whaling on Glocc.At the time Glocc filed the suit, he didn’t specify how much he wanted, but now we know.  Glocc just filed legal docs demanding a cool $4.54 million.Here’s the breakdown:– $500,000 in pain and suffering — $500,000 in emotional distress — $750,000 in lost earnings — $2 million for punitive damages — $25,000 in medical expenses — Various other stuff”

I thought 40 Glocc was supposed to be a gangsta…when did gangstas start filing lawsuits?

He got his ass kicked, his ego and pride got bruised a little, but after it was all said and done he lived to see another day. Charge it to the game and keep it moving. If you portray yourself as this hardcore gangsta rapper, be prepared to live up to that image, because at some point you will get tested.